We are pleased to announce our keynote speakers for the 6th International Conference on Computer and Information Science and Technology (CIST'21): 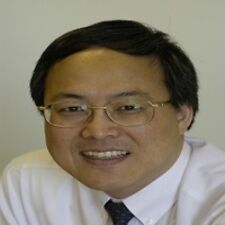 Kin K. Leung received his B.S. degree from the Chinese University of Hong Kong in 1980, and his M.S. and Ph.D. degrees from University of California, Los Angeles, in 1982 and 1985, respectively. He joined AT&T Bell Labs in New Jersey in 1986 and worked at its successor companies until 2004. Since then, he has been the Tanaka Chair Professor in the Electrical and Electronic Engineering (EEE), and Computing Departments at Imperial College in London. He serves as the Head of Communications and Signal Processing Group in the EEE Department at Imperial. His current research focuses on optimization and machine-learning techniques for system design and control of large-scale communication networks and computer infrastructures. He also works on multi-antenna and cross-layer designs for wireless networks.

He received the Distinguished Member of Technical Staff Award from AT&T Bell Labs in 1994, and was a co-recipient of the 1997 Lanchester Prize Honorable Mention Award. He was elected as an IEEE Fellow in 2001. He received the Royal Society Wolfson Research Merits Award from 2004 to 2009 and became a member of Academia Europaea in 2012. Along with his co-authors, he also received the IEEE ComSoc Leonard G. Abraham Prize (2021) and several best conference paper awards, including the IEEE PIMRC 2012, ICDCS 2013 and ICC 2019. He serves as a member (2009-11) and the chairman (2012-15) of the IEEE Fellow Evaluation Committee for Communications Society. He was a guest editor for the IEEE JSAC, IEEE Wireless Communications and the MONET journal, and as an editor for the JSAC: Wireless Series, IEEE Transactions on Wireless Communications and IEEE Transactions on Communications. Currently, he chairs the Steering Committee for the IEEE Transactions on Mobile Computing and is an editor for the ACM Computing Survey and International Journal on Sensor Networks.

Sophia Ananiadou is Professor of Computer Science at The University of Manchester. Her main research areas of research are Natural Language
Processing and Text Mining applied in Biomedicine. She is the Director of the UK National Centre for Text Mining, a Turing Fellow, ELLIS member and Distinguished research fellow at the AI research centre (AIST Japan). Her research has covered: information extraction, scientific discourse analysis, emotion detection, automatic extraction of terminology for applications such as systematic reviews , semantic search, knowledge graph construction, pathway curation.